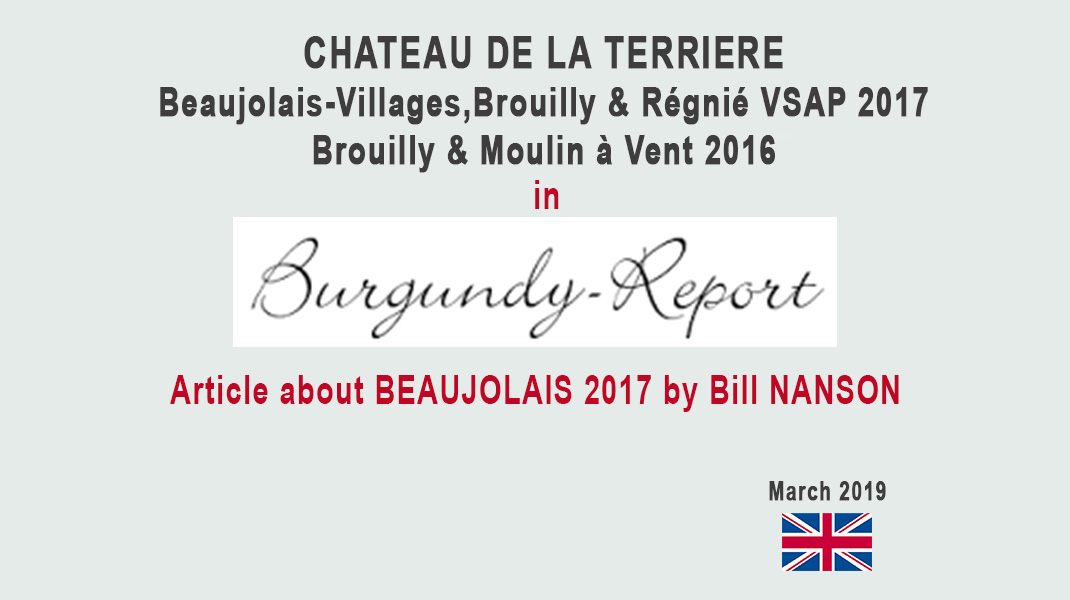 On 2018:
2018 was a lovely vintage from both quality and quantity perspectives. A volume a bit above average for Beaujolais – maybe a little too much in some places. We experienced no frost and no hail – after a couple of years of hail – in the end it was an easy vintage, but one where the date of harvest was very important factor. We had to be vigilant with the vinifcations though, there are often some technical challenges in warm, high sugar vintages.

2017 was certainly less easy. We had hail in Moulin and Fleurie, so all the Terrière Moulin à Vent was lost. In both 2016 and 2017 it was the same areas that had hail – Fleurie was the epicentre, Moulin à Vent, Chiroubles and Morgon too – a little less on Morgon. We also decided not to make a Brouilly VV cuvée, privileging the grapes for our “classic” cuvée. It was a small harvest volume in Régnié – but whilst it was a more modest volume of grapes, because of that, the maturity came quicker than in 2018. But we’re very happy with the results – the wines are drinking very well. Only august and september had less rain than average – from the 14 august the weather was fine indeed september had more sun than an average august!